That Could Save your life Our patented design uses a battery that will last up to three years allowing unfettered and untended operation. There is no power switch, it will be ready at a moments notice when it is needed the most. 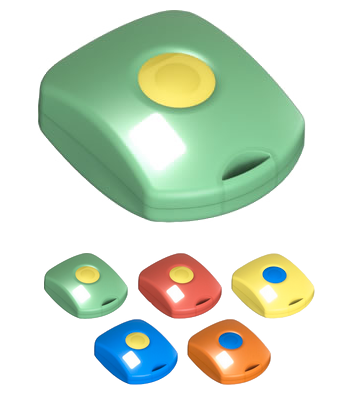 Every year there are numerous accidents while boating on the water during what should have been enjoyable fun filled times. One of the most common accidents, and deadliest, are the rare occurrences of Man Over Board (MOB).

Unless the skipper of the boat acts quickly, and decisively, the MOB may be lost. MOB fatalities make up 24 percent of all boating deaths. The BoatUS Foundation for Boating Safety and Clean Water has studied MOB and discovered the majority of cases do not involve bad weather, rough seas, night time sailing, or detrimental conditions.

A quote from Chris Edmonston, president of the BoatUS Foundation in the BoatUS magazine states, "Most happen on relatively calm waters, on a small boat that’s not going very fast, Victims tend to be men. Fishing is a prime activity, and in many cases, alcohol is involved." Enjoy boating or skiing, knowing BeaconWatch is there when you need it